Boxer, Goliath and Tommy Boy are names that hark back to a bygone era of road transport. They’re also the names chosen by Black Country haulier FSW Storage & Distribution to adorn its latest Mercedes-Benz trucks.

The fourth-generation family concern is proud of its long history, so decided to call its new Actros tractor units after three of the shire horses used by founder Thomas George Fuller to pull coal on carts during the 1920s.

That’s where the connections with the past end, though, because the trucks – Oldbury-based FSW’s first from the current Actros model generation – are loaded with advanced technology for increased efficiency, safety and driver comfort.

Supplied by Midlands Truck & Van, they boast standard specifications that include an enhanced version of the fuel-saving Predictive Powertrain Control system, Active Brake Assist 5 with improved pedestrian recognition capability, and the Multimedia Cockpit, a radically revised dashboard that replaces conventional switchgear with intuitively operated twin screens, one with touch functionality.

Parent company Fuller & Sons established its FSW brand in 2005, to serve the United Pallet Network, of which it is a shareholder member. FSW’s fleet of 16 trucks comprises five tractor units and 11 rigids, a combination of 26- and 18-tonners – all of these vehicles with the exception of a single six-wheeled curtainsider wear three-pointed stars.

FSW works almost exclusively for UPN – while two of the new Actros replaced older vehicles that have been stood down, the other represents an addition to the line-up, taken on to reflect ever-increasing demand.

The tractor units are double-shifted, making collections and deliveries in and around Birmingham and the Black Country during the day, and then trunking at night to the UPN hub in Lichfield, some 25 miles away. “They’ll start work early on a Monday and won’t go cold again until Saturday morning,” explained Director Stuart Fuller, a great-grandson of the founder.

FSW’s decision to order the three new trucks was based not only on its successful trials of a Midlands Truck & Van demonstration unit, but also of its long experience. “FSW has been pretty much an all-Mercedes-Benz operation since we set it up 17 years ago,” continued Mr Fuller. “The Actros suits us perfectly. It’s proved to be highly reliable, while the servicing costs are also competitive.” 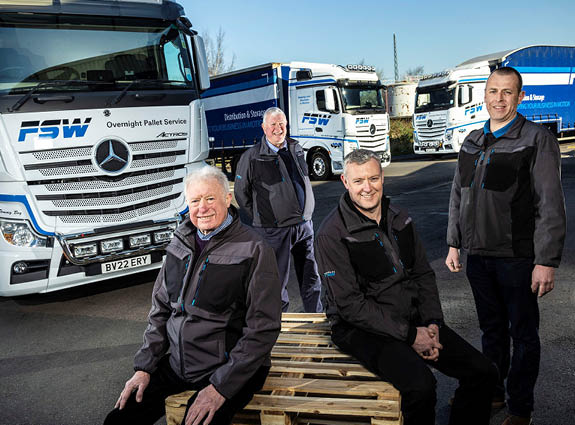 The subjects of five-year Mercedes-Benz Complete Service Contracts, its latest Actros are being inspected and maintained at the impressive Dealerships in Smethwick and Wolverhampton built and opened by Midlands Truck & Van in, respectively, 2021 and 2015.

“We’re very happy with the Dealer’s aftersales support,” confirmed Mr Fuller. “The trucks go in for routine work on Friday nights and we pick them up on Monday mornings. It all works very smoothly, while if ever we’ve had an issue, they’ve invariably been able to get the vehicle into the workshop and sorted very quickly. That kind of flexibility is exactly what we need.”

This is the first time that FSW has named its trucks, or equipped them with non-essential features such as light bars. “We’ve pushed the boat out with these latest Actros, and made a bit of a feature of them to create a good impression so that customers can see how the company is progressing,” said Mr Fuller.

“Also, of course, they should help us to retain drivers and attract new ones. The feedback so far has been entirely positive – the guys love the trucks, and particularly the new dashboard.” 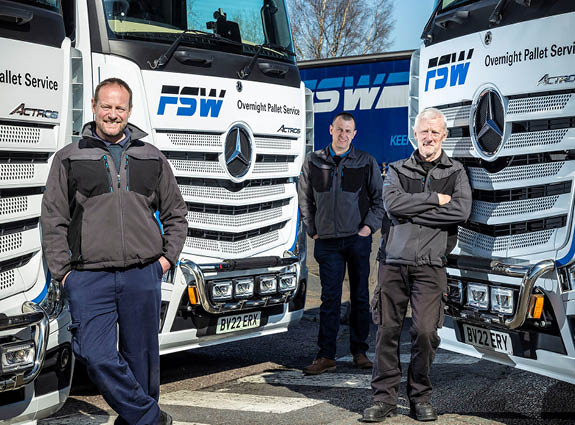 Stuart Fuller’s father Graham retired in 2013 but continues to take an active interest in the business; likewise, Graham’s brother Keith, who will still put in the occasional driving shift if needed. Stuart’s cousin Paul is also a director and driver. 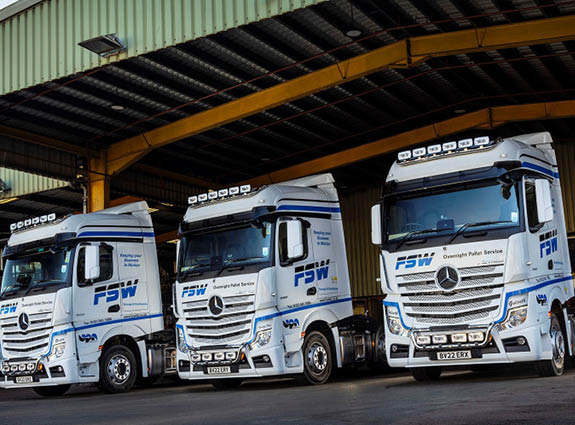 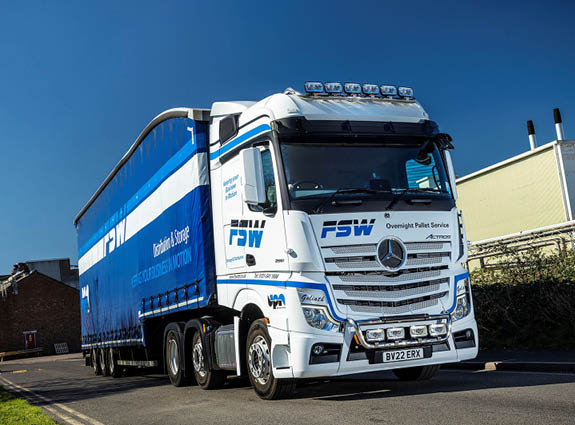 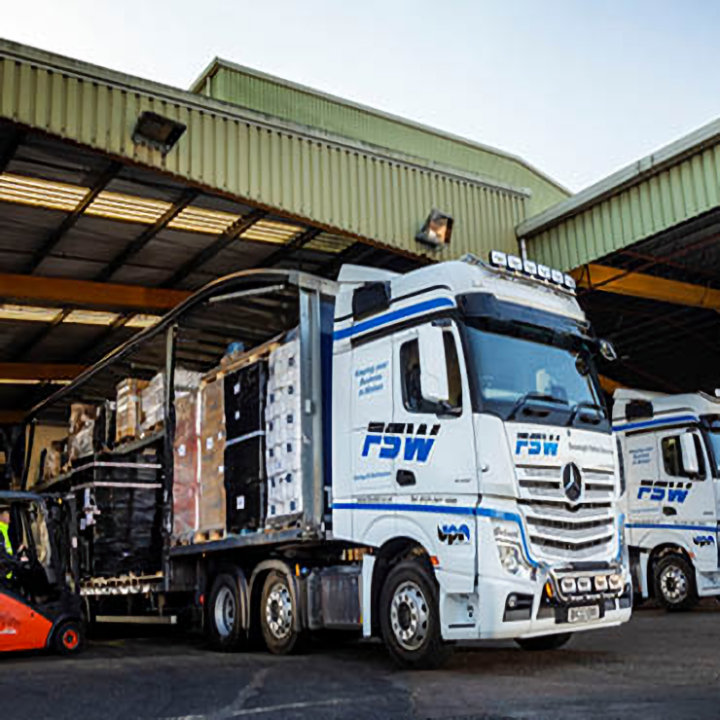