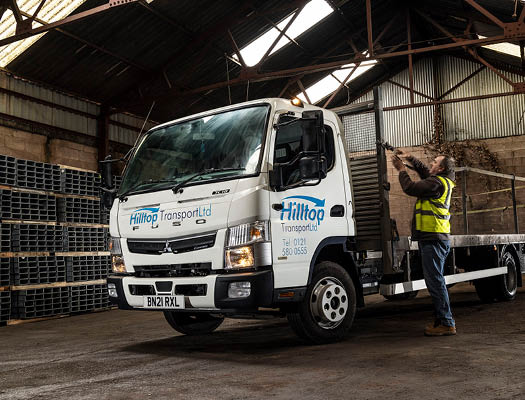 The West Bromwich-based operator has just taken delivery from Midlands Truck & Van of its third Canter in less than a year and now has a fourth on order. The Dealer sells and supports Mercedes-Benz as well as FUSO vehicles, both brands being part of the Daimler Truck family.

The latest is a 3.5-tonne Canter 3C13, with 96 kW (130 hp) 3.0-litre turbodiesel engine, and factory-fitted platform dropside body by Scattolini. The highly regarded Italian manufacturer also builds tipping bodies for Canter chassis at both 3.5 and 7.5 tonnes GVW, which are then fitted at FUSO’s main European production facility in Tramagal, Portugal.

The ready-to-work programme allows customers to set their new vehicles on the road a lot more quickly than would be the case if chassis were sent to third-party bodybuilders. Finished trucks are also covered by single invoices, simplifying administration and reducing associated costs.

Hilltop Transport’s previous Canters are both 7.5-tonne 7C18 models. Their 129 kW (175 hp) versions of the same 3.0-litre common-rail powerplant generate up to 430 Nm of torque across a broad engine speed range and drive through smooth-shifting and fuel-efficient DUONIC automated dual-clutch transmissions with Eco Mode, Parking and Creep functions.

These vehicles have platform bodies by Fred Smith & Sons, also of West Bromwich. Due for delivery later this year, the operator’s next Canter 7C18 will be built to the same specification.

Hilltop Transport operates a diverse fleet of 29 vehicles, ranging from 44-tonne tractor units, through rigid trucks at 26, 18 and 7.5 tonnes GVW, to 3.5-tonne vans. Working nationwide, they are often loaded with steel in various forms, but also carry a variety of other loads.

The company was acquired in 2019 by husband-and-wife team Darren and Rachel Paine, who also run Evitts Transport, which is based in nearby Tividale. Their Canters are primarily assigned to urban deliveries, a role to which Mr Paine contends it is ideally suited.

“The big advantage of the 7.5-tonne Canter for our operation is its outstanding body and payload allowance,” he said. “It will carry a full four tonnes, which is close to a tonne more than most vehicles in the same weight class. This translates over time into a huge benefit in terms of increased productivity.

“The Canter has other strengths too. A lot of our work entails driving into London, and the truck’s relatively compact footprint and tight turning circle means it is very nimble on busy streets. Despite this, the cab is surprisingly comfortable.”

Mr Paine continued: “Reliability is important too, of course, and our first Canter hasn’t missed a beat, which is why we’ve had no hesitation returning for more. The Canter is clearly built to a high standard and is exceptionally strong, thanks in part to its ladder-style chassis – given that most vehicles in the 3.5-tonne weight segment are based on vans, this was key to the appeal of our latest truck.”

He added: “Overall, we’re delighted with all three Canters. They’re excellent workhorses and absolutely fit for our purpose.” 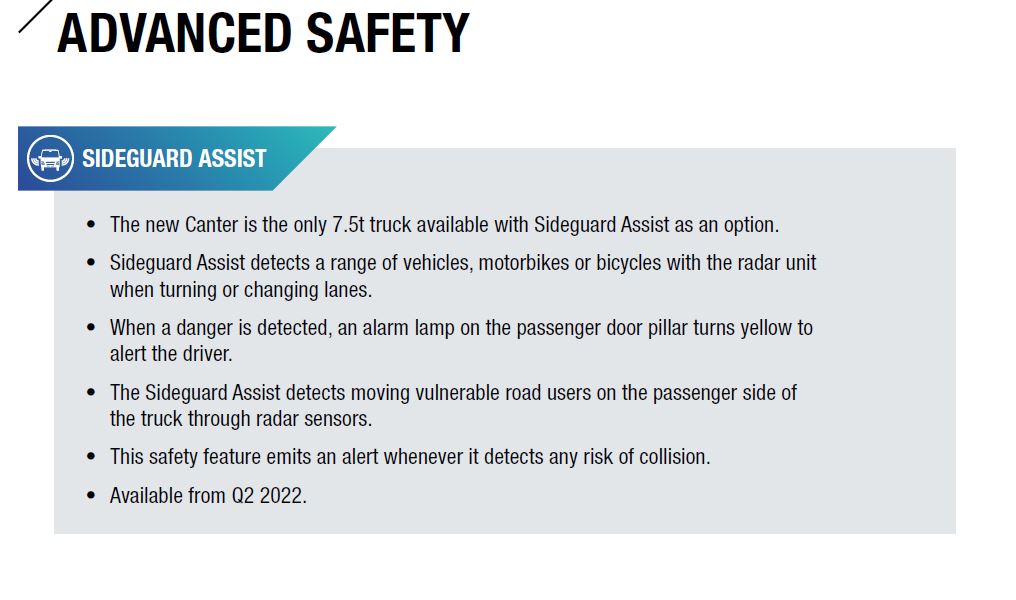 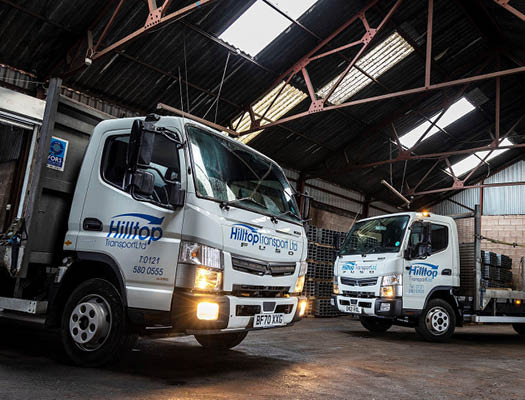 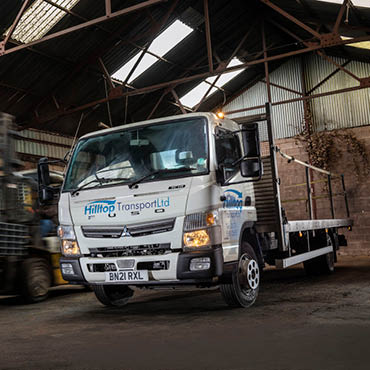