•    Seven up! Mercedes-Benz Sprinter lands yet another FN50 reliability trophy 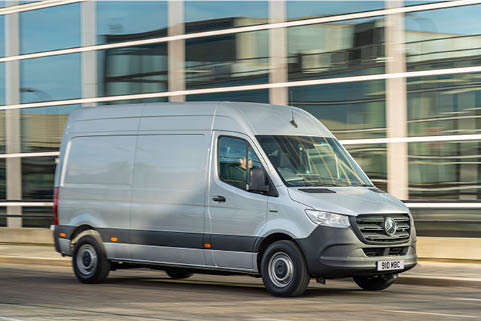 Serial winner: The all-conquering Mercedes-Benz Sprinter has scooped a seventh successive FN50 reliability award while the battery-powered version took the What Car?/What Van? ‘Best to drive’ honours for electric vans

The Mercedes-Benz Vans team was this week celebrating a sensational start to November after winning a third, prestigious industry accolade in less than 48 hours!

Hot on the heels of its success in landing trophies at the What Car? Van and Commercial Vehicle of the Year Awards 2022 for the battery-powered eSprinter and its revamped Approved Used programme, the manufacturer struck gold again at Tuesday night’s (2 November) annual FN50 dinner staged by Fleet News for the ‘biggest hitters’ from the leasing and contract hire industry.

Mercedes-Benz Vans Sales Director Andrew Lawson stepped up at London’s Westminster Bridge Park Plaza Hotel to accept the Sprinter’s FN50 ‘Most Reliable Van’ award. It was the seventh year running that the mighty Mercedes-Benz has won this highly coveted prize.

Each FN50 leasing company submits a list of the 10 most reliable models and brands on its own fleet, based on the average number of days off the road with unplanned mechanical problems (not including punctures) over the past 12 months. The final running order is based on an aggregation of those rankings.

Fleet News Editor-in-Chief Stephen Briers declared: “The UK’s biggest leasing companies have voted the Mercedes-Benz Sprinter the UK’s most reliable van for an incredible seventh consecutive year. This unprecedented period of success dates from the last generation model to the latest incarnation, which was launched three years ago, and makes it an undefeated champion in the sector. The Sprinter’s reliability performance has been near-flawless.”

Meanwhile, although it was not an award category, Mercedes-Benz Vans’ franchised partners also topped the poll when FN50’s experts were asked to choose their ‘Best Van Dealer Network’. Voting was based on the criteria that really matter to customers from the contract hire and leasing sector, including enquiry response and supply times, accuracy of delivery date forecasting and, of course, aftersales support

Stephen Briers confirmed: “This is our official ranking, and in the opinion of the top 50 leasing companies Mercedes-Benz has the Best Van Dealer Network.”

At the What Car?/What Van? virtual awards event on Monday, the battery-powered eSprinter took the ‘Best to drive’ honours for Electric Vans. What Car? Editor Steve Hungerford explained: “The eSprinter is the best electric van to drive by some distance. It has great handling, a comfortable ride, and with its multiple driving modes and four levels of regenerative braking you really are in complete control over the eSprinter’s performance.”

There was recognition too, for the Mercedes-Benz Vans Approved Used programme. This was recently extended to encompass fully-electric eSprinter and eVito variants, which come with an eight-year battery guarantee from the vehicle’s first date of registration and out-of-charge cover as part of the MobiloVan mobility package.

To an already comprehensive roll call of reassuring benefits for buyers of pre-owned Mercedes-Benz Vans, it has also added discounted service plan options and cover against MOT test failure. Provided the test is managed by an official Mercedes-Benz Vans Dealer, the manufacturer now undertakes to pay up to £1,500 of repair costs for any Approved Used vehicle that fails its MOT inspection within the initial 12-month warranty period. Customers taking out a 24-month warranty are covered for two tests.

The upgraded programme certainly impressed the What Car?/What Van? judges. “If you’re looking for a quality used van, the Mercedes-Benz Approved Used Scheme stands out for its service levels, support and value,” commented Steve Hungerford. “The MOT test failure cover provides reassurance for buyers against expensive problems and Mercedes-Benz Vans’ flexible warranty coverage allows customers to concentrate on their businesses rather than their vans.”

Mercedes-Benz Vans UK Managing Director Robert Veit enthused: “We are thrilled to have won three new awards and seen our franchised Network hailed as the ‘Best in the business’, not least because each of these accolades focuses on a very different aspect of our customer offering.

“Other awards we have won this year include those for Best Manufacturer Van Service and Best Van Vehicle Recovery from Business Van in April. Taken together, this recognition demonstrates the truly holistic nature of our business, and the fact that together with our trusted Mercedes-Benz Vans Dealer partners we are fully committed to doing whatever it takes to support our customers and keep their businesses moving.” 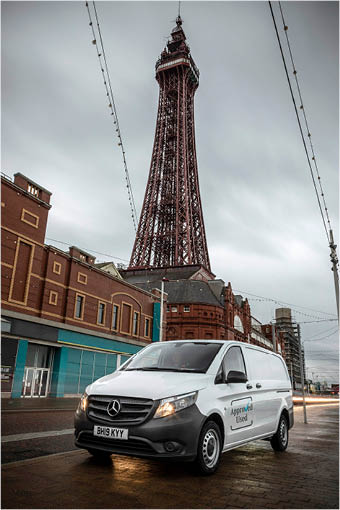 Best in class: Mercedes-Benz Vans’ Approved Used programme “stands out for its service levels, support and value”, according to What Car?/What Van?